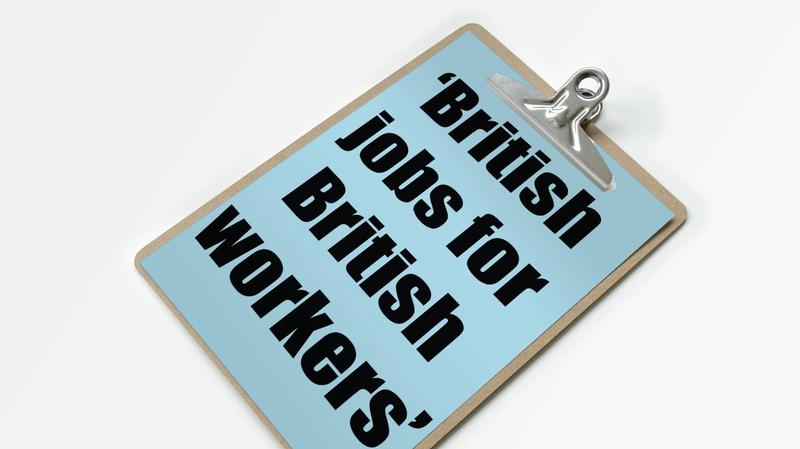 According to the government's own White Paper, the Resident Labour Market Test – clipboard-wielding love child of Gordon Brown’s promise of ‘British jobs for British workers’ and Home Office policy making genius – does not work.

Would the lack of rational connection between the policy aim (prioritising settled workers) and the means of achieving the policy (the RLMT), form the basis of a challenge to a revocation for RLMT-compliance related issues?

As stated in the government’s recent White Paper on the future of the UK’s future skills-based immigration system:

With the reduction in lead-in time to bring an employee on board (adverts have to be placed for a minimum of 28 days in two locations, inevitably leading to delays in bringing in staff where the test must be carried out) the White Paper trumpets that

This of course implies that the RLMT has prevented UK employers from competing for the very best global talent in the past.

Until the new system is rolled out (in January 2021), it will continue to do so.

Exmoor Surgery: can we have our licence back, please

The admission of ineffectiveness will no doubt annoy very many Tier 2 sponsor licence holders who have spent hours going through the process of advertising for British or settled staff, attempting to comply with the exact specifications of the sponsor guidance, on pain of revocation.

It will particularly frustrate any sponsors who have had their licences – and concomitant facility to bring in migrant workers – revoked on the basis that the process had not been properly carried out.

This happened to the Exmoor Surgery, a GPs practice in Kensington, where the test was not undertaken in compliance with the relevant guidance, and whose ability to sponsor migrants was curtailed as a result. Exmoor Surgery took their case to the High Court, and lost. We wrote about this on Free Movement at the time.

After the time and treasure spilled by the surgery attempting to challenge the Home Office decision, not to mention the reputational damage suffered, or that they could not hire the individual who they assessed as being the best candidate for the job, the admission by the government that the policy is anyway ineffective will no doubt have gone down like a fart in a lift.

In public law it is possible to challenge a policy where there is a lack of rational connection between the policy aim and the means of achieving the policy.

Is that the case here? As mentioned above, the RLMT was built on the back of a political promise. The Migration Advisory Committee referred to this obliquely in its report on the future immigration system

*We think it likely that the bureaucratic costs of the RLMT outweigh any economic benefit, but offer no opinion on its political benefit*

Presumably there would need to be some sort of evidence base which showed a rational connection between the policy aim (prioritising settled workers) and the means of achieving the policy (the RLMT)? The MAC suggests that such an evidence base is unlikely to exist:

There is insufficient attention given by the Government to monitoring or evaluating the impact of policy changes. We know little about the impact of the immigration skills charge, the health charge or changes to the Tier 2 system. We know almost nothing about the actual earnings of non-EEA migrants with a Tier 2 visa. This is because there is no monitoring or evaluation despite data existing which could be used for this purpose

It would certainly be interesting to see a challenge made on this basis.