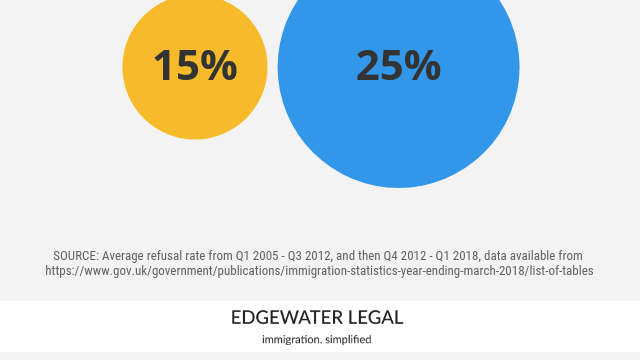 Interesting to see the contrast between spouse visa refusals before and after the introduction of the Minimum Income Requirement. 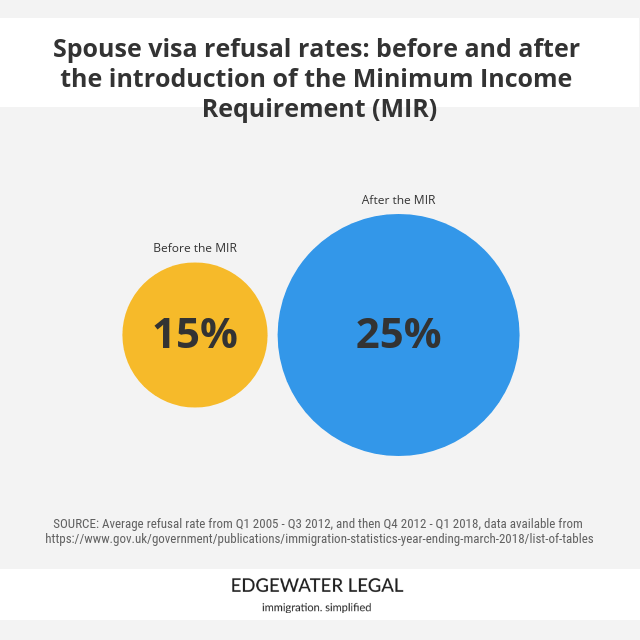 As can be seen from the chart below, there was a very slow rise in the average rate of refusal from 2005 until 2012, and then a significant jump once the minimum income requirement was introduced: 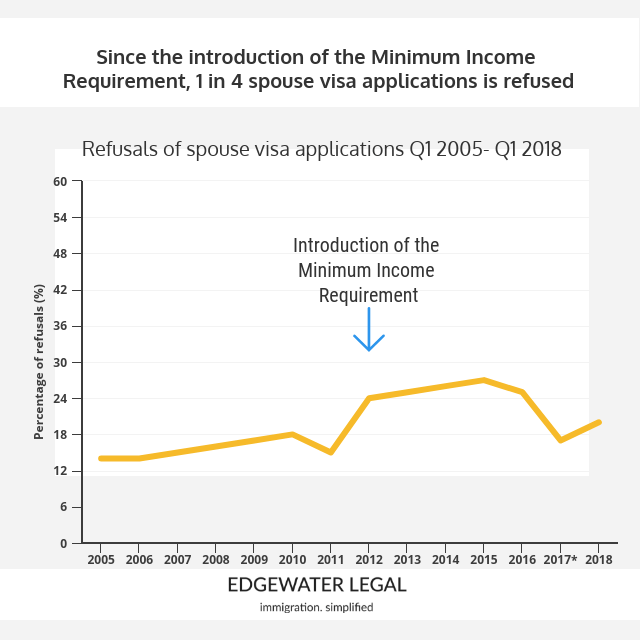 We have placed a (*) next to the results from 2017, as this was skewed somewhat by the passage of MM, a case which reached the Supreme Court and during which the Home Office appears to have paused decision making on difficult cases, or those which it might otherwise have refused.